My Sensory Shutdown Was Not a Panic Attack 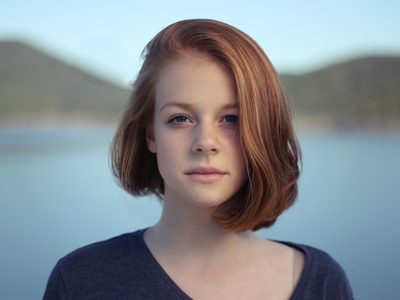 Untethered: it’s a word I’ve often used to describe the feeling of having a sensory shutdown. It’s the moment that my ears, unable to sort through the garbled heap of auditory input, stop trying to form words and derive meaning from sound. It’s when my eyes, unable to weave together fragments of the visual whole in front of me, turn the scenery sharp with parsed, unaffiliated details. It’s the moment my body gives up its battle to make a connection, however shy and tenuous, to the physical space I’m in. Like a helium balloon, I am untied and released with nothing substantial to guide me: not sight, not sound, not physical presence. It’s terrifying but survivable.

Before I knew about these things – how to talk about them, how to explain them to you, I was a child, teenager, and young adult with undiagnosed Sensory Processing Disorder (SPD). I was 14 in the summer of 1997. On family vacation in Quebec, a chatty French-speaking puppeteer and his wooden marionette chased me one evening through a souvenir shop. Absurd, I know. It’s a disturbing pairing in an unusual setting; a strange happening that one might choose to regale others with when one gets home. But for me, undiagnosed and on alert for undefined threats, it was a turning point. There was the moment before the marionette and the moment after, and in between was a massive, gruesome shutdown. Perhaps not my first, but certainly my most severe. I didn’t expect – and couldn’t make sense – of the vile puppet and his friend.

In an effort to shield myself from the barrage of foreign sounds and unusual, jerky movements accosting me, I was forced to disconnect from my senses. I remember sobbing on the stoop of the store, my face pressed into my mother’s stomach. She stood over me, clutching my head and rocking gently. I felt trapped within my own skin and unable to reach the world outside. I worried that I was starting to disappear somehow, that fragments of my body and soul were going missing. I thought: maybe I’ll have to live in this state of purgatory for the rest of my life, neither here nor there, not fully present.

Of course, I didn’t disappear: I just had a neurological difference that no one had identified. Assuming that my challenges were psychological in nature, I started psychotherapy. We analyzed the marionette episode and deemed it a panic attack – something I could learn to work through and minimize. Except it wasn’t that, and neither were the episodes that followed, swiftly and severely, and always, in hindsight, when my senses were most vulnerable. I couldn’t work through or minimize something I wasn’t actually experiencing.

Years later during my first OT evaluation, when I learned about SPD and saw my symptoms in context for the first time, I thought back to the marionette. He’d become a bizarre mascot for the unexplained somethingI’d been searching for since Quebec. It was the first time that my reaction made sense to me. I couldn’t contend with the visual rush of man and puppet, the auditory saturation of language and vocal shift, the unexpected and unusual circumstance in an unfamiliar setting – especially at a late hour, especially in my most vulnerable state. I had SPD and it’d gone overlooked for a long time. That same day, I started writing my blog. I named it Coming to My Sensesbecause for the first time, even the strangest moments of my personal history began to make sense to me. It was like I was waking up.

I make sense in my sensory differences because it’s who I am and how I’m wired. While this knowledge doesn’t make my shutdowns any easier (or meltdowns, for that matter), when I make it through the fog and detachment, when I am able to reboot and reconnect and tether my physical and inner being to the outside world once again, I’m able to explain what happened and what I need to do next.

Not even a puppeteer and his marionette can take that away from me.

available in 6 additional languages and accessible to 2.4 billion people. 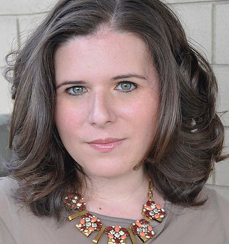 With a Bachelor's in Psychology from Brandeis University, a Master's in Mental Health Counseling from the Ferkauf Graduate School of Psychology at Yeshiva University, and through my own experiences as an adult with SPD, I advocate on behalf of those like me who searched for years to find the explanation for their particular sensory challenges. I am passionate about SPD and how it affects adults. In common parlance, SPD is a childhood disorder, but this fails to recognize the innumerable adults who lacked a proper diagnosis in childhood, and now must learn to redefine themselves and their abilities in adulthood.

After my own diagnosis, I hungrily searched for material to support and validate my own experiences, but very little existed for delayed-diagnosis sensory adults. I began writing my blog, Coming to My Senses, to serve as an intimate picture of SPD diagnosis and treatment in adulthood.